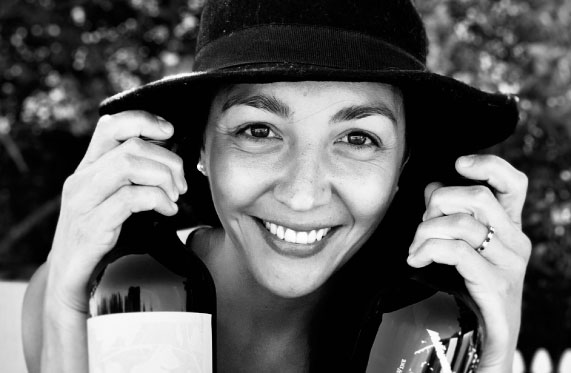 Raised in the premium wine region of Mendoza, Argentina,
Sabrina Massola had her love for wine ignited at an early age.

A graduate of the University of Mendoza, with a Degree in Viticulture and Winemaking, Massola began her wine career in 2006 as the enologist for Bodega Foster in Lujan de Cuyo and a year later she was promoted to Quality Control Manager, before taking a role as winemaker with Rio Dulce S.A. in Barrancas Maipu, Mendoza.

In 2014, Sabrina took a position in Chile with Viña Luis Felipe Edwards in the Colchagua Valley, 7 months later an opportunity for an Assistant Winemaker role in Napa, California arose, Massola packed her bags.  In October 2019, Massola became the winemaker for Spellbound wines.

Since joining Folio Fine Wine Partners winemaking team, Sabrina has managed many harvests and been intricately involved in every aspect of winemaking, production, quality control and bottling for each harvest.

What Sabrina loves about producing Spellbound wines; “working with growers throughout beautiful, sunny California, to present fresh, food friendly wines to be enjoyed right away.”

Please confirm you are old enough by checking the box.

Cookies are used to optimize your experience, and analyze traffic. To learn more, please visit our Privacy Policy.
By using this site, you consent to our use of them.